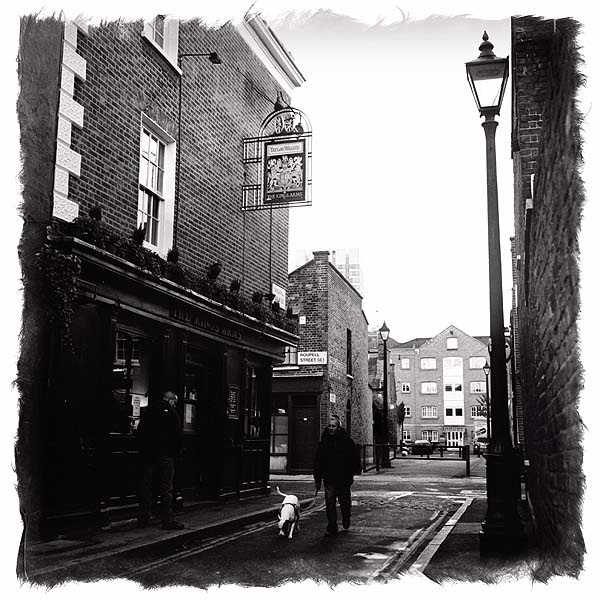 Roupell Street is an early Victorian street in Lambeth developed in 1820. It is much filed and photographed. Behind rooftops and chimneys are glimpses of newer buildings, the only evidence that this street is only a few minutes from Waterloo station.
These images were shot on a Rolleiflex T on Kodak Tri-X film at 1600ASA. Typical exposure values were 1/60th at F8. The films were developed in HC110B for six and a half minutes at 21C.

The local pub – beautifully in character with the street – is the Kings Arms. http://www.windmilltaverns.com/the-kings-arms/.