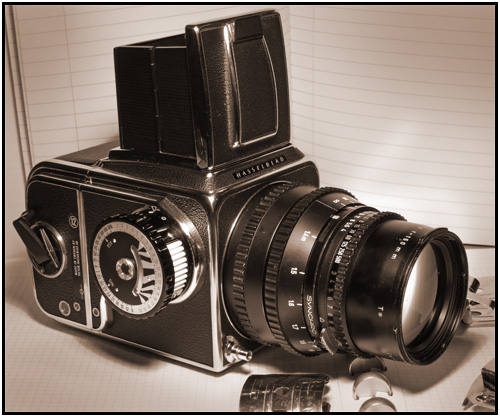 The Hasselblad 500C/M was the second of the very successful 500 series single lens reflex cameras from Hasselblad. The 500C was produced between 1957 and 1970; the C/M – M meaning “modified” - between 1970 and 1994. Later models such as the 501C/M included a gliding mirror system to overcome focus screen vignetting with long focal length lenses.

This model dates from 1973 and was bought from Aperture Photographic.